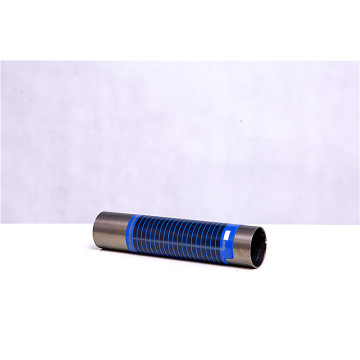 What is stainless steel heating pipe?

The finished product will be covered with a dense glass-ceramics film, which is not easy to fall off and be scratched.

Tankless instant water heater heating part working principle is Joule's principle, P=I2 R. The resistance will be heated up when the current flows through. 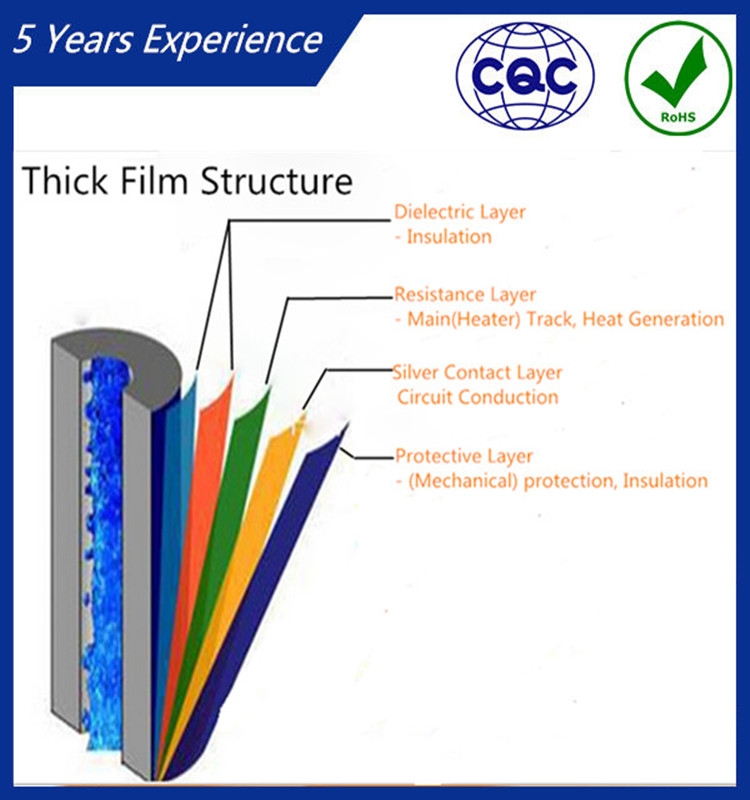 The thick film heating technology is new type of heating technology which is developed mainly by DuPont and Heraeus in 1990s. They invent the electronic paste which can be used on the stainless steel substrate firstly.Thick film constitution is using the technology of silk-screen printing and high temperature sintering, the thick film heating tube was covered in order by sinter dielectric layer, resistance layer, silver conductor layer and isolation glazes protective layer. 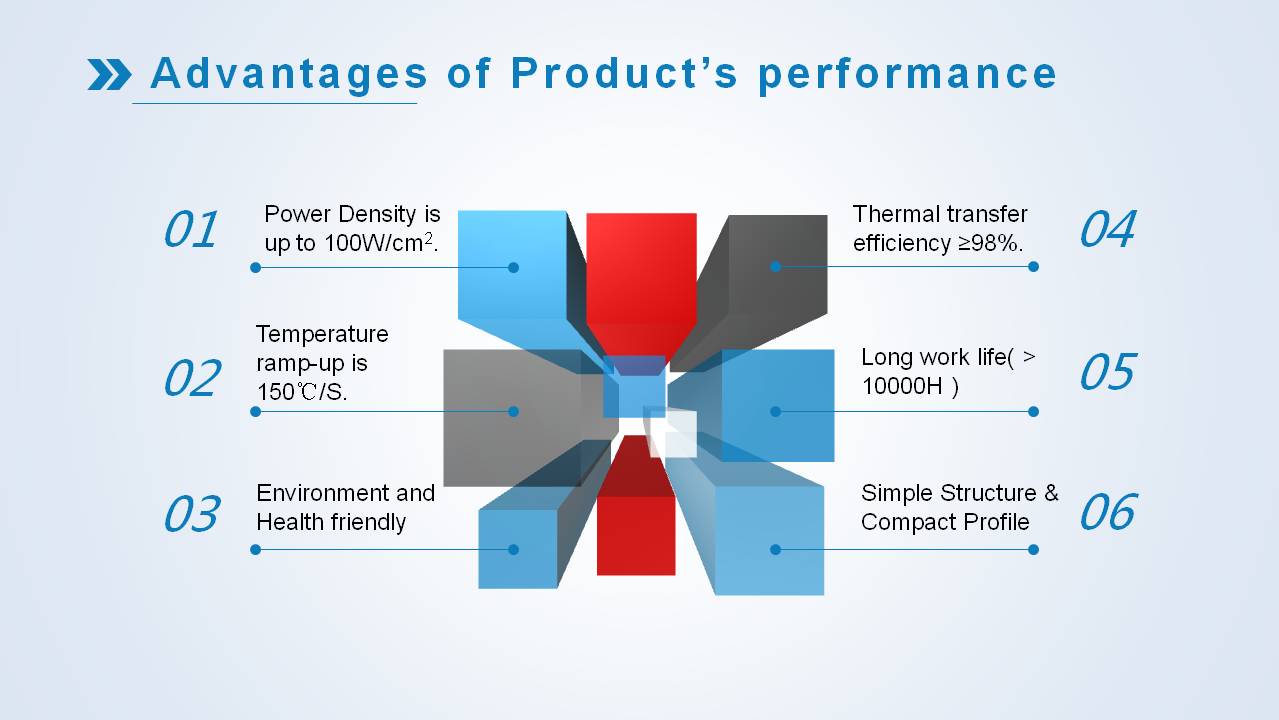 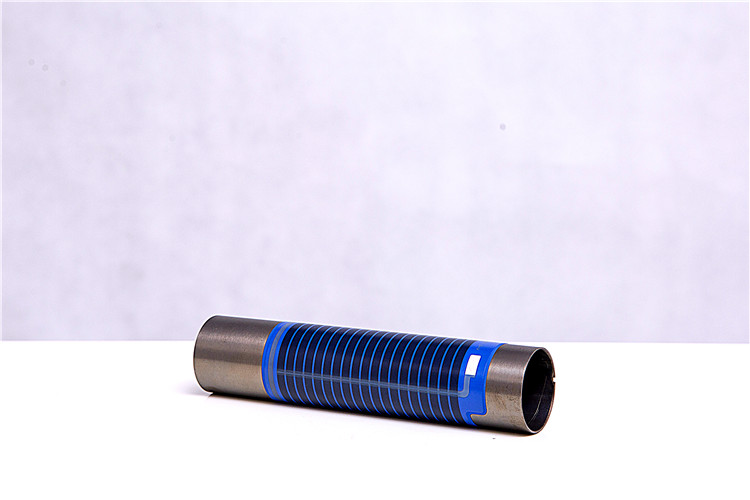 1, The product temperature rising rate is greater than 80 ℃~150℃/S, so, please ensure that the tube is filled with water before use.
2, The pipe must be installed vertically when heating liquid, the direction of liquid flow is from the bottom up. To avoid local dry burning, please add water at first, and then connect to power.
3, Based on different powers, the user should ensure the minimum flow, while ensuring smooth water access to the pipe, so as to avoid vaporization and dry burning.
4, Pay attention to the surface heat dissipation; and due to a big power density, please also pay attention to the rate of heat exchange.

Brief introduction of our Company 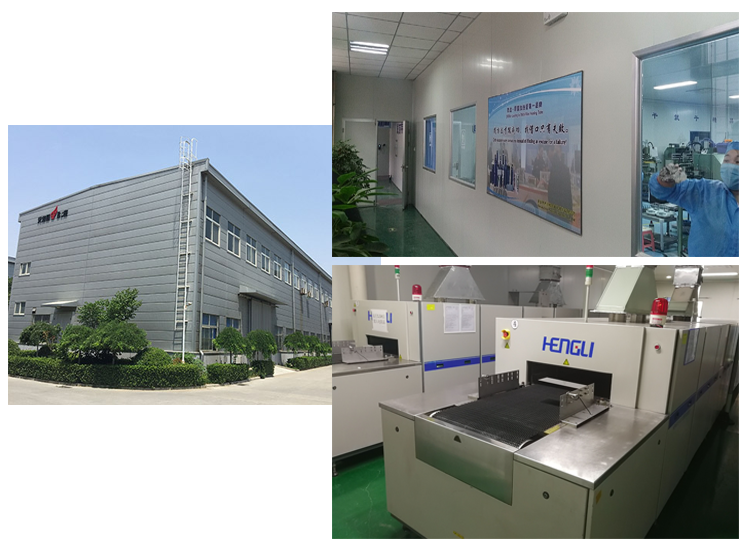 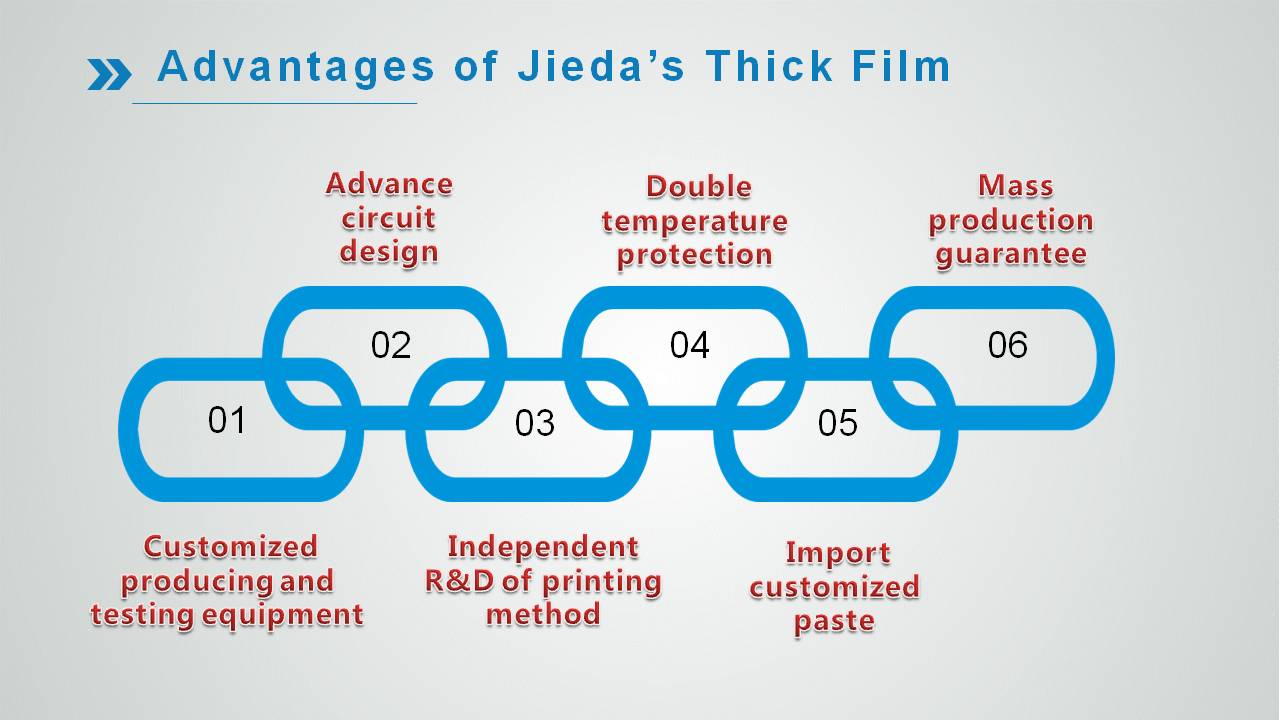 JIEDA company can supply products according to customers' drawings and offer our clients reasonable prices. Our company also can develop heating solutions and products together with customers.

Conform to ISO9001. Jieda Adetong series thick film heating tube/element has certificated by CQC, ROHS, FDA and MA. Reliable Most reliable among other Chinese suppliers according to industrial evaluation and customer feedback.